D.C. cabs left without credit card readers as company goes out of business 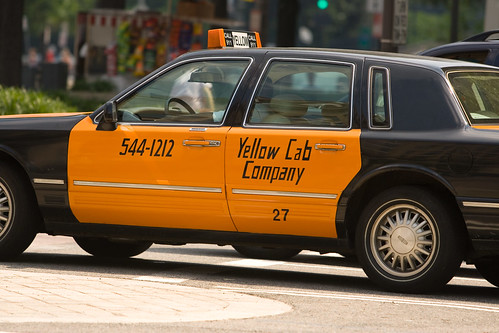 The D.C. Cab Commission announced Monday that cabs using credit card readers provided by Gleike Taximeter would need to obtain new readers from another company after Gleike announced it was going out of business.

The Commission said that the more than 700 cabs using the company needed to make an appointment to replace their card readers by Friday or face law enforcement action, though it is unclear when they would need to actually replace the readers.

Gleike’s financial troubles led it to default over late surcharge payments that should have been paid to the District for contracting with D.C. taxis.

The D.C. Cab Commission currently reports a 94 percent compliance with the District-wide mandate requiring all taxis to be outfitted with credit card readers. Now, given recent developments among the 6500 cabs operating in the District, only 83 percent will be able to accept credit cards for payment. Transco, an alternate Payment Service Provider operating in the District, has agreed to provide readers to all cabs affected by Gleike’s bankruptcy for free.

Gleike had been on the D.C. Cab Commission’s radar ever since they began to miss payments to owners. Gleike reportedly did not keep up-to-date records and failed to respond to technical issues that its customers faced. This business strategy did not meet PSP regulation standards in the District, according the commissioner’s press report.

This is not the first time the D.C. taxicab fleet has had trouble modernizing. After months of work, D.C. cab companies are still struggling. And from the looks of it, they still have quite a bit of work to do if they want to change their public image.